More than 100,000 people visited the 20th edition of Più Libri Più Liberi, the national fair of small and medium-sized publishers organized by the Italian Publishers’ Association (AIE), which concluded on December 11th at the Rome convention center – La Nuvola. Next year’s dates are already set for December 6 – 10, 2023.

Il Giornale della Libreria, a media partner of Più Libri Più Liberi book fair, reported on the fair again this year in its masthead, dedicating the entire December issue, 8 vertical newsletters — 3 weekly and 5 daily from Dec. 7 to 11 — and much content on the website and on social media. For the first time, Il Giornale della Libreria also organized, with AIE, one of the fair’s professional events: Chi Sta in Classifica (Who’s in the Rankings), on Dec. 8, dedicated to the function, evolution and significance of best-selling book rankings, also in the light of its experience, as a magazine, in now publishing its own bestseller lists.

More than 600 events took place at this year’s fair–including 27 that focused on the professional program organized by the AIE Study Office, 9 sponsored by Aldus Up and 2 on the freedom of expression also organized by AIE–many Italian and international guests, and about 500 exhibitors. 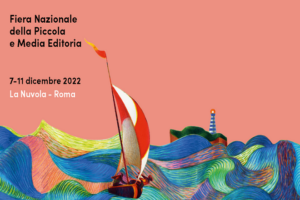