Cartoomics has by now earned a reputation with the public and media as one of the most important diary dates on the Italian cartoon/comic calendar. The event has seen an exponential increase in the number of exhibitors, making it the leading event in its sector today in Northern Italy and second in Italy.

Cartoomics was set up and developed as an important networking opportunity for the world of professional operators in the comics/cartoon sector and their fans. Each edition adds new ideas and introduces “contamination” with sectors outside its own, that have however drawn and continue to draw vital energy from the world of comics: films, cartoons, cosplay, fantasy and science fiction, illustrated children’s books… This enables Cartoomics to innovate year on year, continually broadening its horizons. 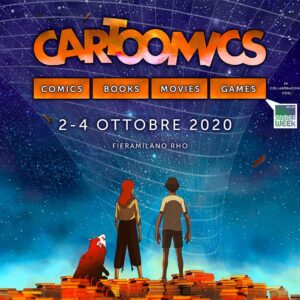