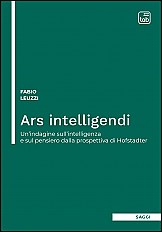 An Investigation into Intelligence and Thought from Hofstadter’s Perspective

What features would intelligence have if we examined it without any prejudice due to human limits? Considering the peculiarities of man’s intellect, in fact, makes us wonder whether it is just one of the possible expressions of intelligence. So far research studies have considered artificial intelligence like a tool for understanding human intelligence, whereas the author reflects on the possibility to analyse the main characteristics of intelligence in its purest expression, without those traits so human that seem to trap it in one of its possible manifestations. A non human intelligence would be capable of very different thought patterns, offering new perspectives that otherwise would be precluded.