Since 2007. Based in Milan and Beijing, Atlantyca Entertainment has successfully worked in the children’s publishing, animation and consumer products. Licensor of Geronimo Stilton brand, we also represent catalogues of top publishers.

Atlantyca is the producer of “Geronimo Stilton” the successful animated series, based on the globally popular book series, featuring the adventures of the most famous mouse journalist. Three completed seasons (78x23’) have been sold all over the world, from China to US, from Russia to India, passing by the old Europe (France, Italy, German, UK, Spain, Portugal, Benelux; Nordics etc.) The series is currently available to stream on both Netflix and Amazon Prime.

The company is currently in production with the 2nd Season of “Bat Pat” (104x12’), a co-production with Mondo TV Producciones Canarias. “Bat Pat” is a spooky animated adventure-comedy that proves the supernatural isn’t always evil – just misunderstood. Rai Ragazzi (Italy) and RTVE (Spain) are broadcast and participation partners for both seasons. The first season is currently available on Netflix as well.

New to its production slate in “Berry Bees”. The buzz-kicking spy action series called “Berry Bees” (52x12’) is a high-energy show featuring three talented 10-year old girls named Bobby, Lola and Juliette, who have been selected by the B.I.A. (Bee Intelligence Agency) for those special spy missions in which only child agents can be used. The series is a coproduction with Australia’s SLR Productions, Ireland’s Telegael and India’s Studio Cosmo Maya with the participation of the broadcasters Rai Ragazzi (Italy) and Nine Network (Australia).

Atlantyca’s distribution arm represents a growing library of entertainment properties which includes the Junior Catalogue of ZDF Enterprises for Italy with successful series such as “H20”, “Worst Witch”, “School of Roars”, “#Likeme”, and other well-known shows for the international market as “Toy Cop” and “Nutri Ventures”.

The Licensing division manages the international Brand extension initiatives including consumer products and special marketing & promotions for all the “Geronimo Stilton” and “Bat Pat” brands and any of their character spin-offs.  In addition, Atlantyca Entertainment is the exclusive Italian Licensing Agent for the Junior Catalogue of ZDF Enterprises, the 3 Season TV series Justin Time and the ever green “Hello Maestro”.

Atlantyca Publishing oversees new contents’ creation and designs children’s books series aimed for international success. The division has produced more than 400 books over 10 years, working with some of the most eminent publishing houses in Italy (Mondadori, Piemme, Rizzoli, Fabbri, DeAgostini) and establishing successful brands such as “Agatha Mistery”, “Sherlock, Lupin & I”, and “Berry Bees”, the literary property now turning into an animated series.

The Foreign Rights division is dedicated to securing sales of publishing rights for the Geronimo Stilton books and over 1700 additional titles for other IP owned properties, boasting 7.700 granted agreements for translations in over 50 languages. is also agent for leading European Publishing Houses such as Planeta, Electa Mondadori and Franco Cosimo Panini.

Atlantyca Live is the integrated division dedicated to the planning, creation, production and development of live stage shows for all of Atlantyca’s owned properties which include the “Geronimo Stilton,” “Thea Sisters”, and “Bat Pat” brands. The company introduced its first U.S stage show in 2016, featuring the lovable “Geronimo Stilton: Mouse In Space” an American debut adaption of the best-selling book series with a little bit of a cyber-space adventure. Most recently the company’s shows expanded to the stages in Asia, with live Geronimo Stilton theater productions premiering in Singapore and Hong Kong. 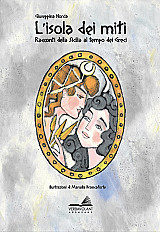 The Island of Myths 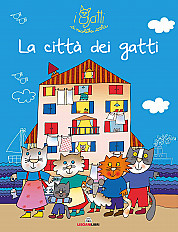 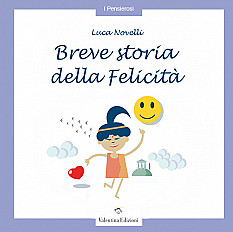 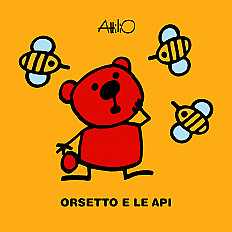 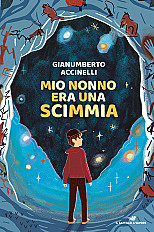 My Grandfather was a Monkey

THE BEST OF TRAiNi 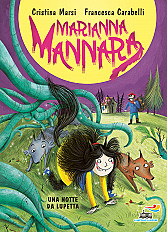 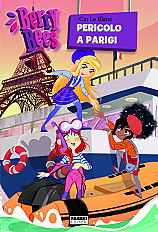 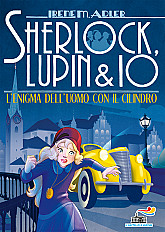