The newly announced agreement between IEEE (The Institute of Electrical and Electronics Engineers) and Italy’s CRUI (Conference of Italian University Rectors) for an open-access opens options to researchers at 54 universities and research hubs. Few fields love their acronyms more than academic publishing does, and today’s news arrives saying that the IEEE and CRUI have announced a new TA which will provide access to the IEL database and promote OA in Italy.

The agreement announced today is meant to make open-access publication available to researchers from 54 Italian institutions that are onboard with the program, and those researchers’ work becomes “instantly available and free-to-read”—with a Creative Commons Attribution (CC BY)—for the public have access to potential publication in approximately 200 journals and magazines published by the institute, both hybrid and fully open-access. 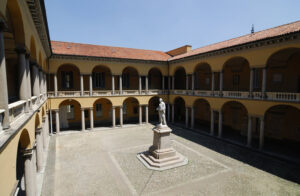