The publishing industry crisis, due to the paper shortage and the unprecedented increase in costs, weighs on the entire publishing sector. This and other problems afflict the entire book supply chain, and to protect it, the AIE (Italian Publishers Association) has drawn up a manifesto to be presented to the new government administration in Italy.

The proposal is based on four key points:

1 – First, immediate action to deal with the paper supply crisis, where costs have increased by up to 80% in the last six months: “We ask for a tax credit, already provided for newspapers and periodicals, for books — this is essential for the survival of many publishing companies. The entire system is now in danger due to the paper shortage. The energy crisis has caused prices to explode, already rising due to the use of packaging paper and cardboard, and reduced the availability of paper on the market “.

2 – The future of the book depends on its ability to keep renewing itself – underlines the second proposal. This sector has been waiting for years for legislation that addresses the long term future, with incentives for innovation and internationalization for the entire supply chain.

3 – The third proposal is based on the enhancement of copyright laws and the fight against book piracy, an increasingly growing phenomenon that eradicates 771 million euros in income annually and eliminates 5,400 jobs.

4 – The fourth, the most strategic point, concerns reading and literacy, because more books means more robust culture and therefore a stronger country. Starting with school, children and teenagers: “Let’s build a better future for our country together – concludes the document – by supporting the purchase of cultural goods and services, giving continuity to the 18App and developing similar tools for other categories of citizens. ” 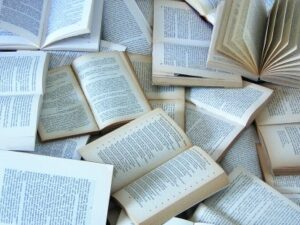