On July 28th, Italy lost one of its shining stars in the literary world: Roberto Calasso. As reported in worldwide media, including The Guardian, the New York Times, Reuters, and Corriere della Sera, Roberto Calasso was a prolific writer and publisher. Referred to as “a literary institution of one” by the Paris Review, his erudite explorations of myth and literature were translated into more than 20 languages. Calasso died at the age of 80, his publishing house Adelphi said on Thursday.

Fluent in several languages, his best-known works included ‘The Ruin of Kasch’, ‘Ka’ and ‘The Marriage of Cadmus and Harmony’, a retelling of the world of Greek myth, but his subjects ranged from the ancient gods to the painter Tiepolo and writers like Kafka and Baudelaire.

He also established a distinctive place in Italian cultural life as director of the prestigious Milan publishing house Adelphi Edizioni where he worked for almost 60 years and which he bought out in 2015 to prevent its sale to the giant Mondadori group. 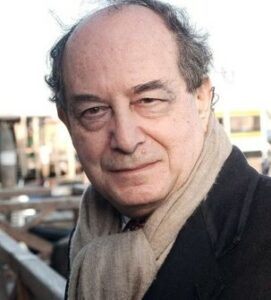